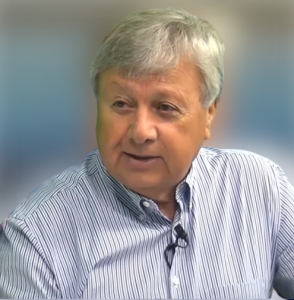 Mr. Baronian, has long-standing experience in the pharmaceutical industry, having held increasingly responsible positions within the Johnson & Johnson organization: between 1990 and 1997, he was Vice President in charge of European operations for Cilag AG, in Zug and Schaffhausen, before becoming Group Vice President, worldwide operations, for Ortho-Clinical Diagnostics Inc., based in Rochester, USA. Between 1969 and 1990, he held various positions in sales, marketing, finance and operations within J&J, in the United States and in Canada. From 1998 – 1999, Mr. Baronian was CEO of the Central Laboratories in Bern, a not-for-profit institution founded by the Swiss Red Cross. From 2000 – 2002 he was the CEO of Asklia, a Veterinary and Dental Company in Belp. Since 2003 he has been in charge of his own company AZAD based in Toffen (BE). From 2000 – 2009, Mr. Baronian was Chairman of Tecan, a robotics company supplying the life sciences industry, based in Männedorf (Zürich). Mr. Baronian holds a bachelor’s degree in commerce, with majors in Finance and Business Administration, from Concordia University in Mon-treal, Canada. He lives in Switzerland and is married with five children.