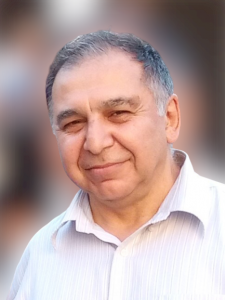 In 1988 he worked as associate researcher at the Institute of Philosophy and Law of the USSR National Academy.

In 1997 he defended his dissertation and received the ranking of a “candidate of philosophical sciences” (PHD).

In 1991 he founded the “Noyan Tapan” Media Holding  and was general director of the center until 2008.

2008-2011 Head of Informarion and Telecominication department of Ministry of Diaspora RA.

2011 to now President of the “Noyan Tapan” Media Holding.

In 2007 he was elected chairman of the “All-Armenian Media Association”.

2014 to now Director of Fund “Noyan Tapan” for the Advancement of Science, innovation and perspective development.